Grüezi, from Switzerland! It’s been years since I’ve visited Switzerland and sadly, I don’t remember much. This time around, I returned with my husband, a born and bred Swiss, and he was excited to show me the true Switzerland where he spent the majority of his formative years. This first part of our Europe trip was spent connecting with Phil’s extended family and childhood friends, exploring old neighborhoods, and enjoying homemade Swiss eats. It was truly an eye opening experience.

And just because he’s so darn cute, some childhood photos of Phil… 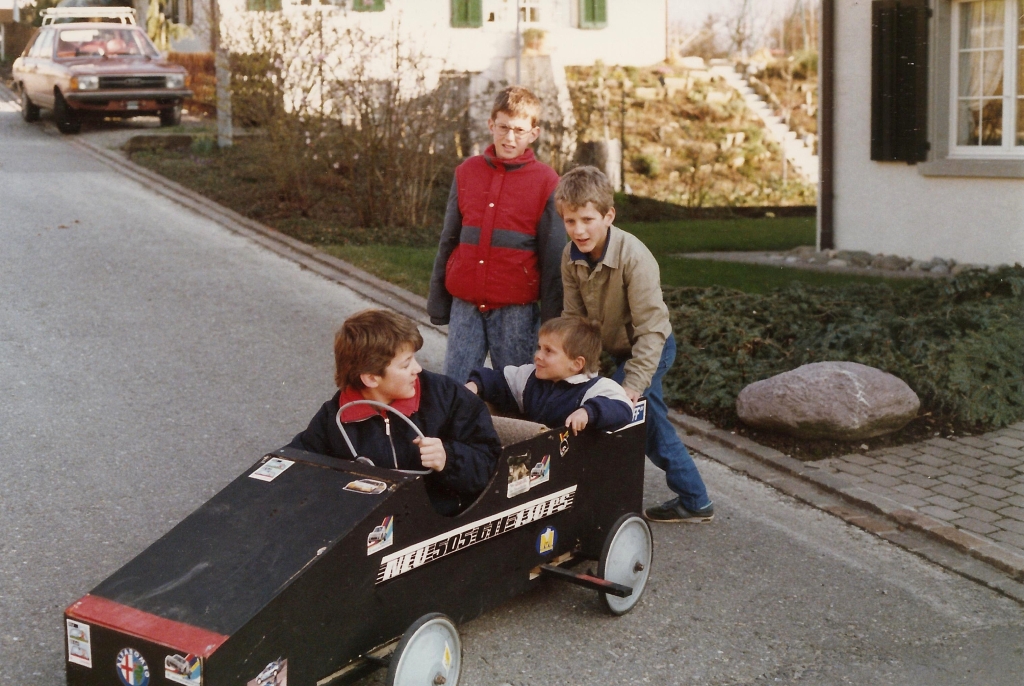 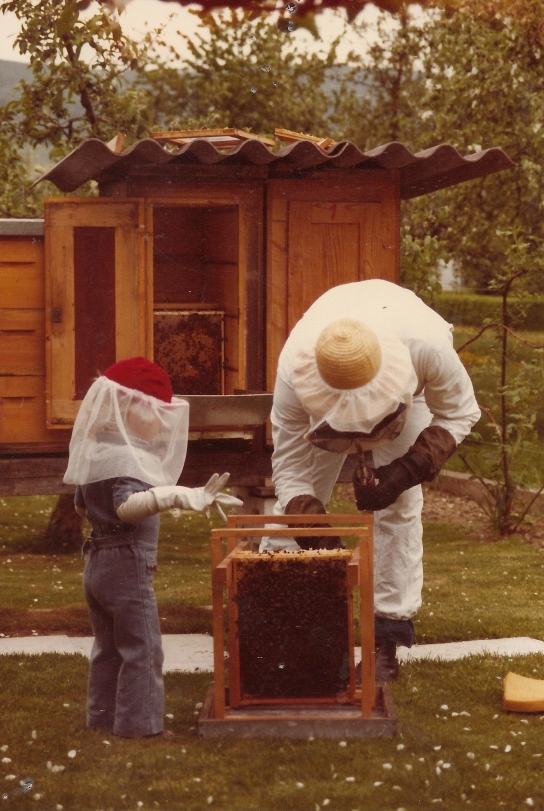 We started our journey in the village of Tegerfelden, a charming little town north of Zurich where Phil’s godfather and aunt have lived for years. The roads are lined with colorful spring flowers, the rolling hills surrounding the area are bright, electric green, and the air has a slight hint of cow manure from all the nearby farms. Each house has it’s own distinct Swiss character, and as in most small Swiss villages, everyone knows everyone. 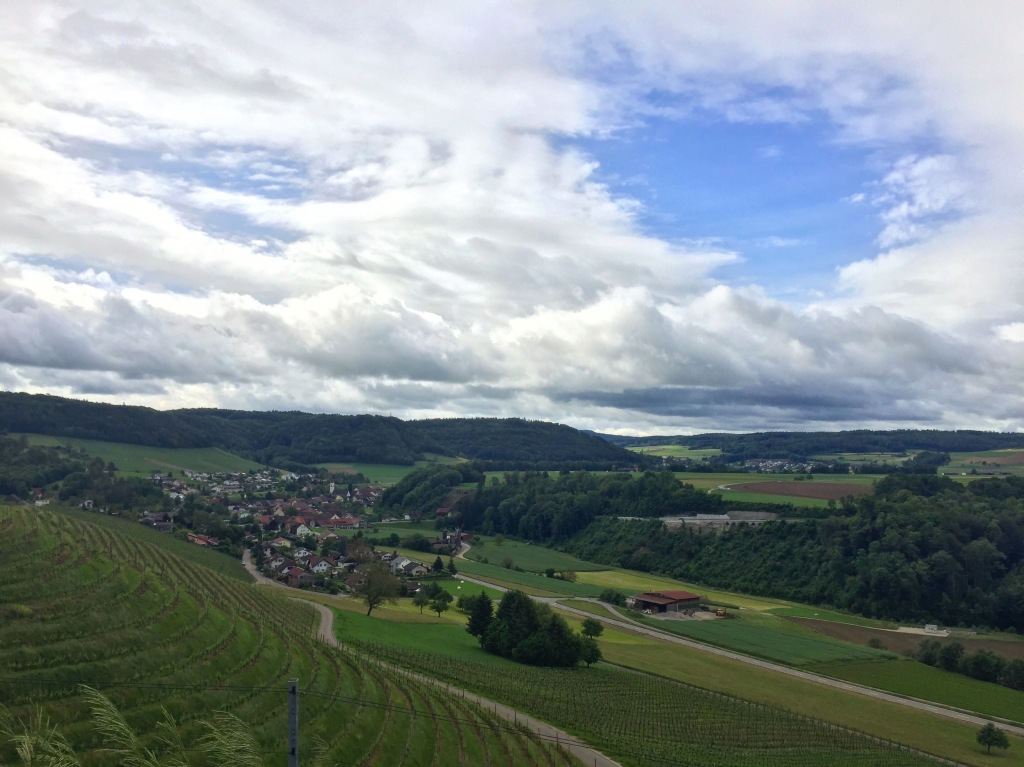 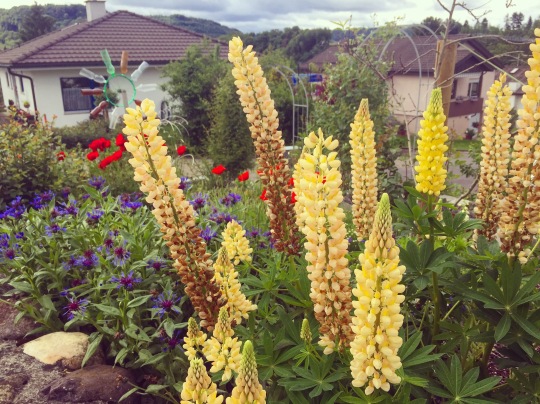 We woke up every morning to the song birds singing and a view of their beautiful garden.

Phil’s aunt made fresh Swiss butter bread, Zopf, and fig jam for breakfast every morning and filled our bellies with traditional Swiss dishes, from vegetable soup to rösti (similar to a potato hashbrown) and spaetzli (a type of pasta). We pulled fresh herbs and vegetables from her garden to make spring salads and of course, we had cheese on the menu every day. When the weather was nice, we would bring the dining outdoors and enjoy the fresh air and a bit of sun peeping through the looming clouds. 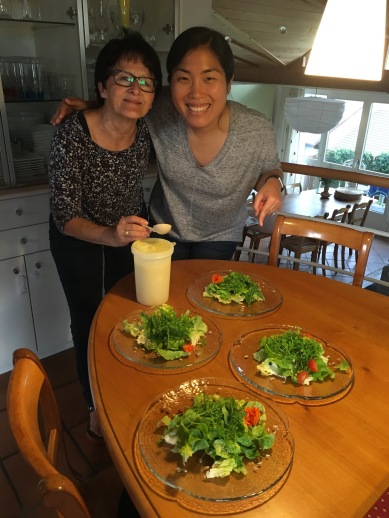 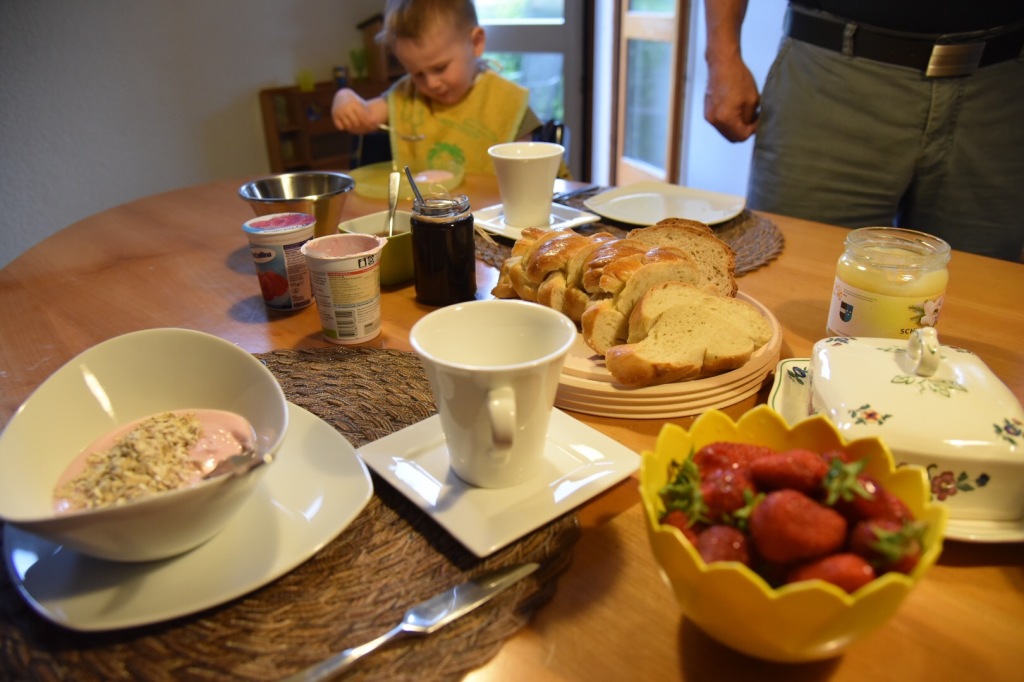 One afternoon, we had the chance to visit the family farm, where Phil had spent summers as a child doing chores like picking cherries, tending to the animals, or driving the antique tractor around the fields. 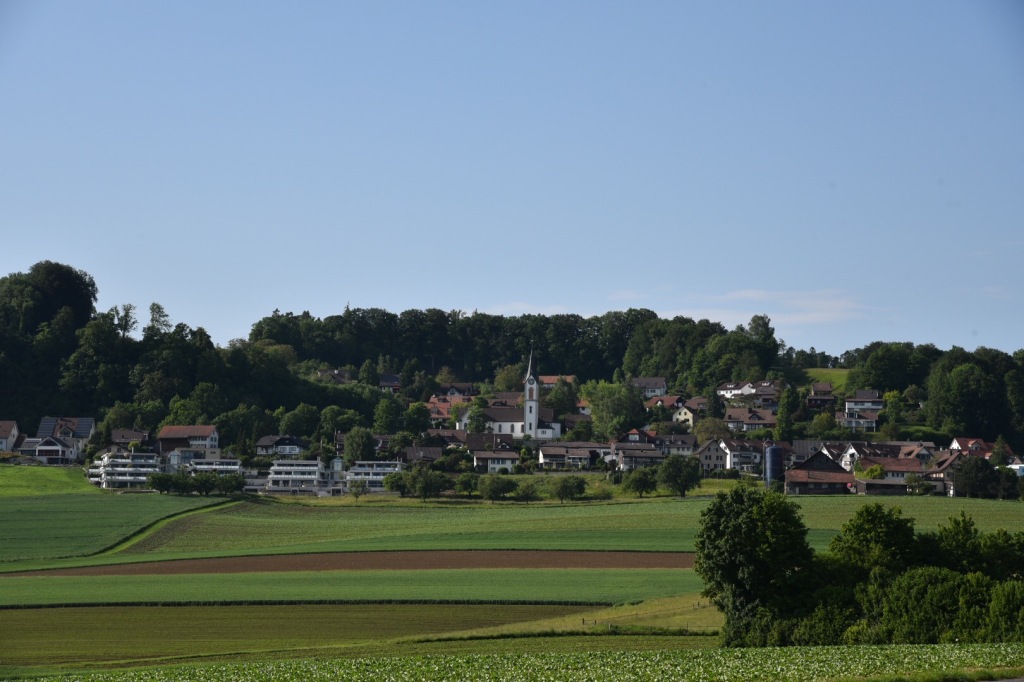 Now, the farm grows everything from sugarcane to turnips and has a barn full of naturally raised cows and some pet rabbits and turtles for good measure. Farming is still a very important part of the Swiss culture, an industry preserved by the Swiss people, and it was so fun to see how the farm operated. 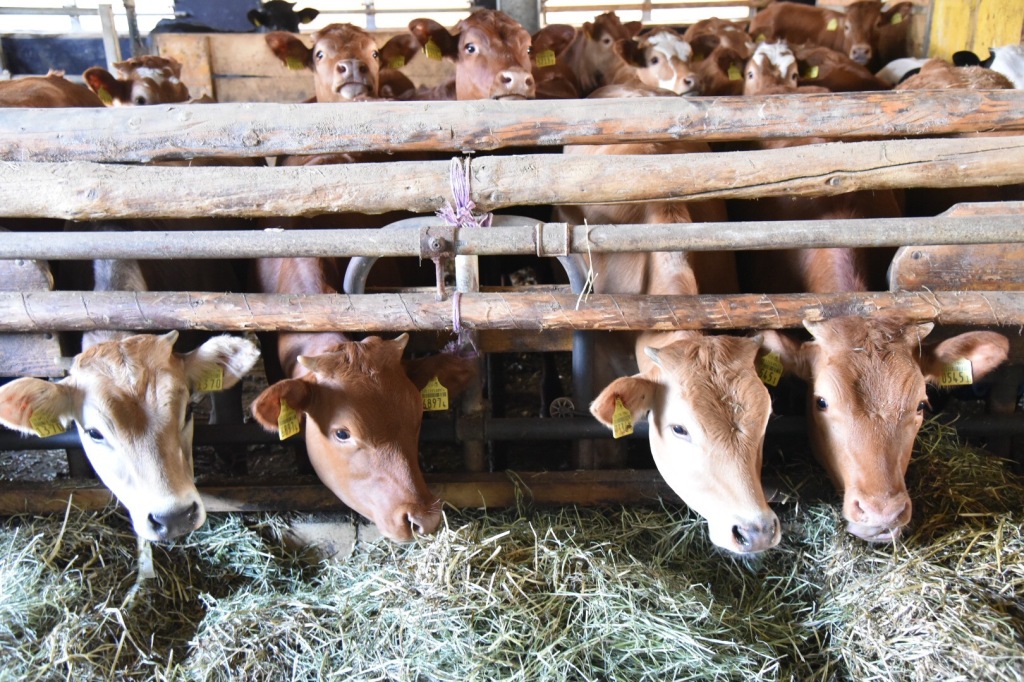 We also had the opportunity to attend a rare Sunday Yodel mass in the neighboring village church. I had never read the bible, let alone attended a mass. I had no idea what it would be like and was interested to observe and partake in a new cultural experience.

It was a challenge not being being able to understand a word of what was being said and the perpetual standing up and sitting down every few minutes grew tiresome. But, the yodeling was lovely and gave me chills as the harmonious sounds reverberated from the church ceilings and walls. It was unlike any yodeling I have heard before, which I suppose isn’t saying much, since my yodeling repertoire is limited to the Sound of Music.

And like most Swiss, I learned to play Jass, a traditional Swiss card game. For me, this wasn’t only about learning the game itself, but also being part of, connecting, and laughing with the family. 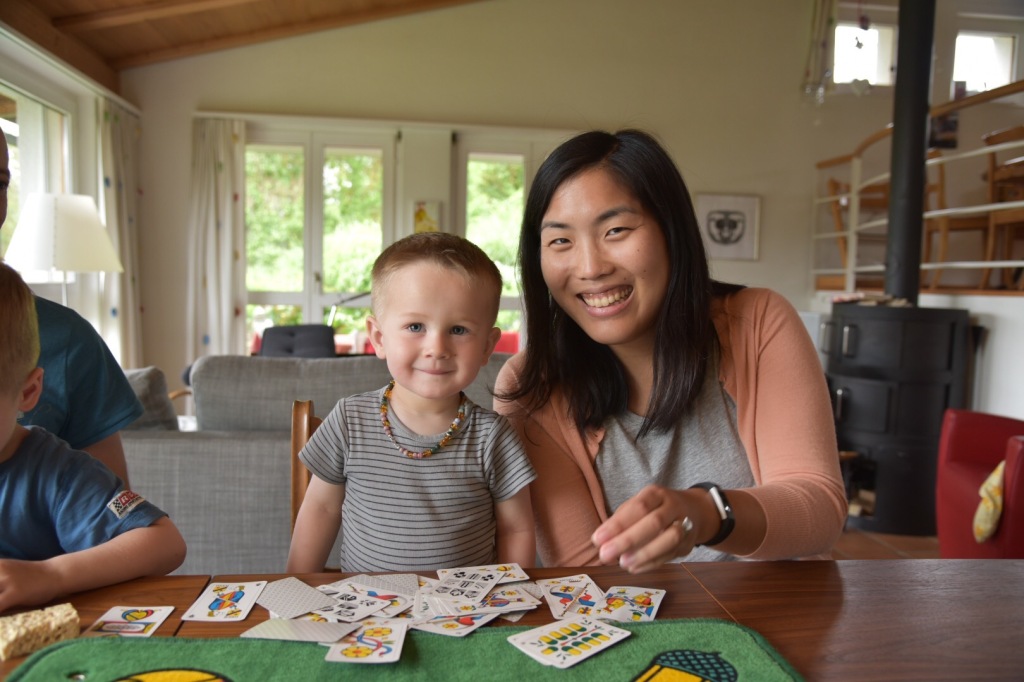 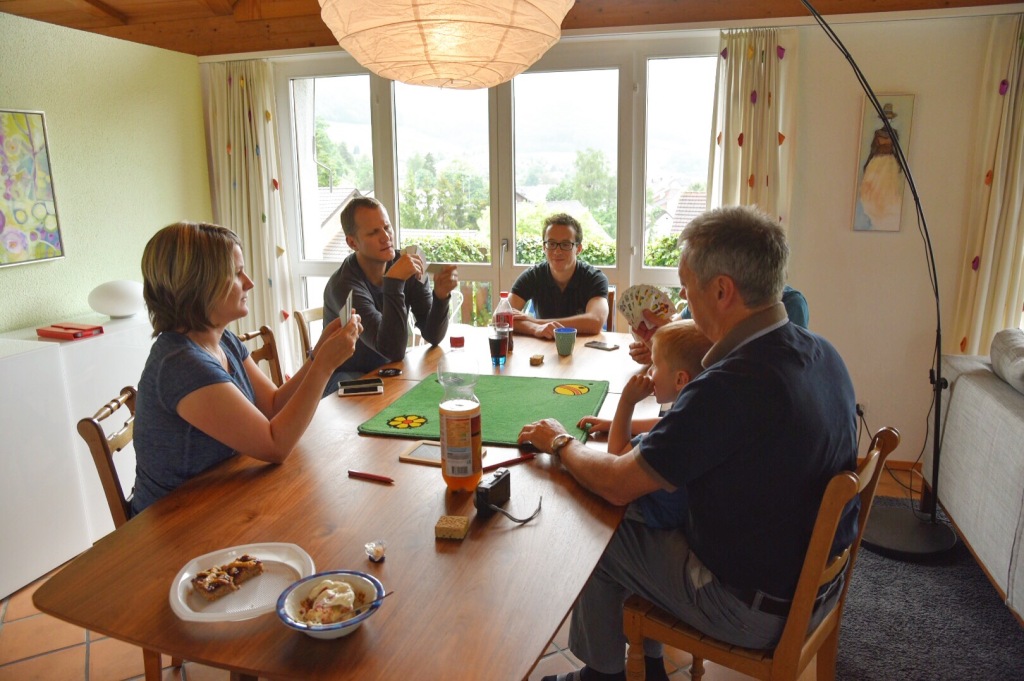 These first few days have exposed me to new experiences that have helped me to better relate to and understand both Switzerland and Phil. It’s been amazing being nestled in this tight knit community and immersing myself in the Swiss culture.

Ready to take on our next adventure in the Swiss Alps!