The highlight of our trip to Switzerland (besides reconnecting with family, of course) was our visit to Zermatt. We were expecting Zermatt to be an expensive vacation spot that was overrun by tourists and perhaps overhyped. But, Phil and I really wanted to see the famous Matterhorn in Zermatt after visiting the Jungfrau region (see more here and here) a couple of years ago. So, we added this town to our itinerary and we are so glad we did! Despite being a posh winter and summer destination, it is one of the most beautiful places that we have ever been to and totally worth the hype! 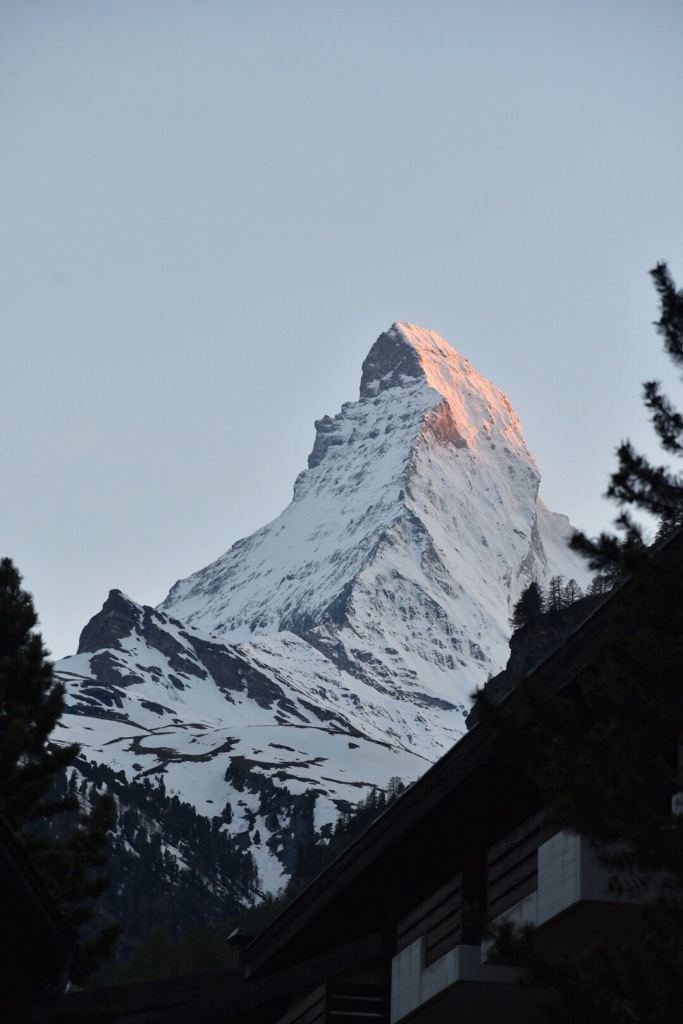 We visited Zermatt in late May. The advantages of visiting during this time was that it was low season, so crowds were manageable. In fact, there weren’t that many tourists, which made getting around pretty stress free and really lovely. The disadvantages were that many hotels and restaurants were closed (kind of eerie) and there was a ton of construction (because it was really the only time to do it quite honestly). So, oftentimes, we couldn’t enjoy breakfast on our balcony because the neighboring hotel was bulldozing a wall.

After chatting with several locals, we found that because Zermatt is beautiful year round, March was the best time because the crowds were lighter and construction wouldn’t have started quite yet. You can also ski here 365 days in the year with long runs and amazing snow, and we learned that the weekly ski pass is cheaper than that of mediocre ski resorts in the states. So, we definitely have plans to come back! 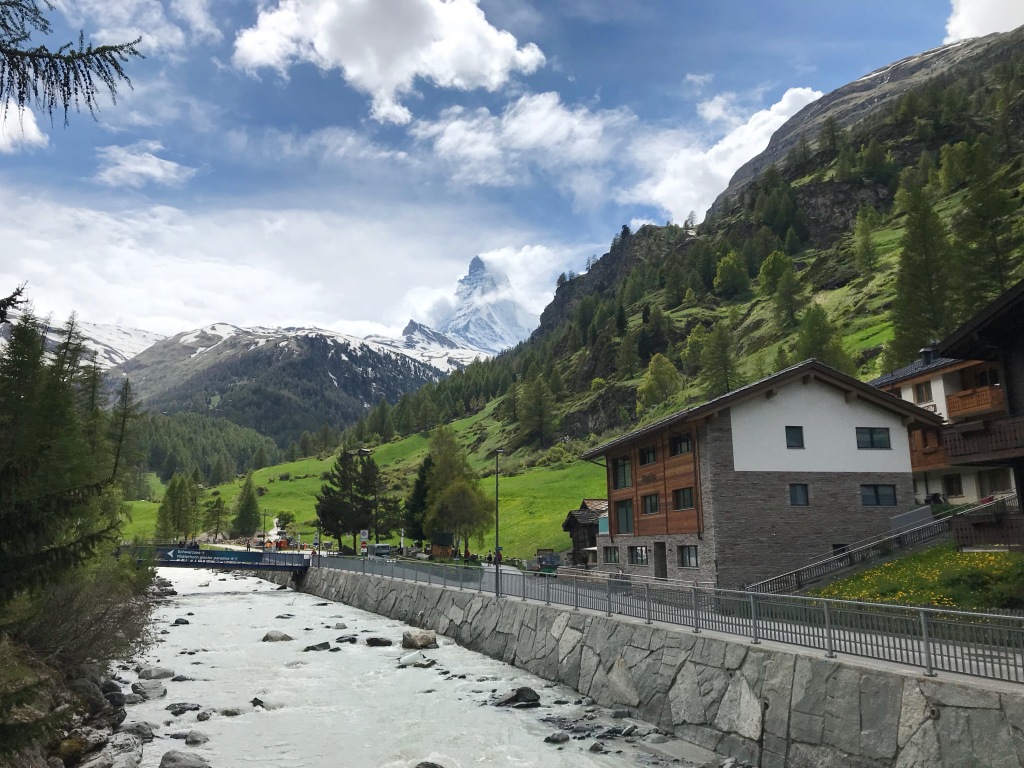 We stayed at the Welcome Hotel, which had several apartment rentals. This was nice because there was a kitchen and a separate space to put Aidan down at night (so he essentially got his own room and we didn’t have to tiptoe around him). There was also a great bakery next door, plenty of restaurants nearby and a glorious window view of the Matterhorn. Lucky for us, we essentially had perfect visibility of the Matterhorn almost every single day we were there.

On our first full day in Zermatt we took the morning cog rail up to the Gornergrat, about 33 minutes from Zermatt station and climbs about 1,500 meters up where there is a hotel and observatory. The Matterhorn visibility was great so we were eager to get up there before the clouds came in. At first, upon doing some research, I came across some scary articles about take infants under the age of 1 up to that high elevation so quickly. Even when buying tickets, the agent looked warily at Aidan and told us that he looked a little young. But, he didn’t say it was a problem, so we decided to go for it.

Since the train made several stops along the way, we agreed that if Aidan was fussy or didn’t look well, we would get off and go back down. I prepared a bottle and a pacifier (sucking motion helps with elevation) and brought his favorite toy with us. I was prepared for the worst and was anxious the whole way up. But, Aidan surprised us yet again and didn’t even flinch. He laughed his way up to Gornergrat and fell asleep on the way down. We also saw another baby (10 months) at the top and she was as jolly as can be. I think it really just depends on the baby.

The gorgeous views and forests along the way up were magnificent. And then the view of the Matterhorn…. it was stunning! I couldn’t look away and Phil and I were giddy with excitement. We had a beer and some tea outside with the Matterhorn as our backdrop and enjoyed our time up here. We then took the afternoon train back down to Zermatt for a late lunch. 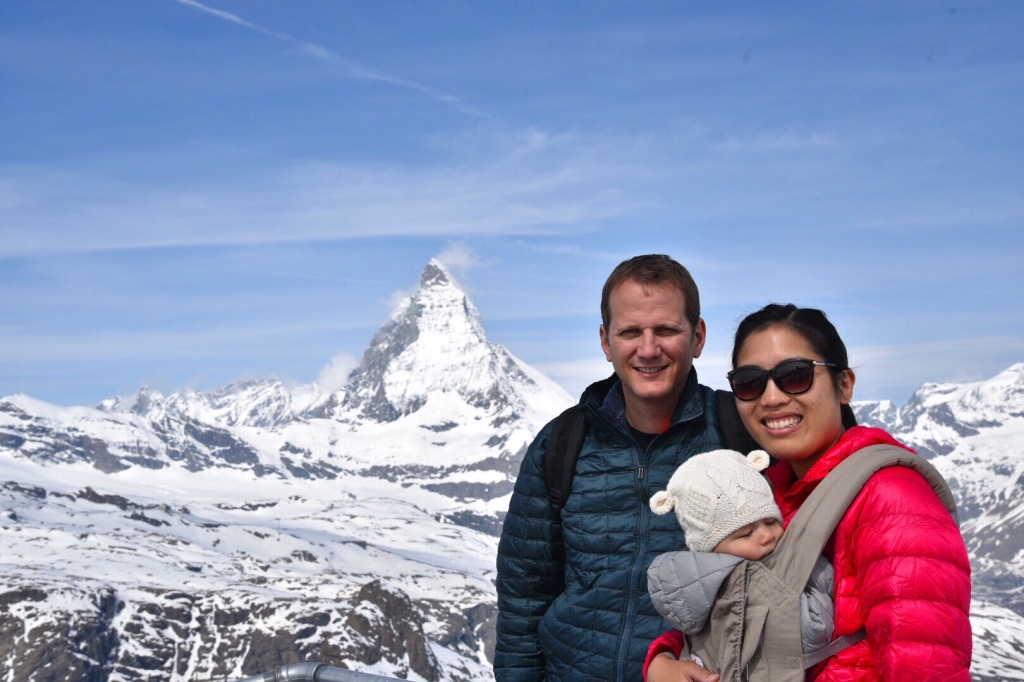 The next day, we wanted to do a hike, but most of the summer trails hadn’t opened quite yet. A local suggested that we hike to Z’mutt because the trail was easy and perfect for taking a baby. I assumed this meant the paths were generally paved and most importantly, flat. But, boy was a I wrong…. I never do learn… as I’ve been tricked by both my husband and father-in-law in the past. A Swiss stroll is really like an American hike, uphill (usually quite steep) and always more than 4 miles. Aidan was like a napping sack of potatoes as I carried him in the carrier up to the village. By the time we reached Z’mutt, I was pooped. So, we treated ourselves to some nice sausage, rösti and beer at one of the two restaurants in the village. As we climbed the path, we realized most tourists took the gondola up to Z’mutt and walked down. We hiked up to Z’mutt and took the gondola down. Welp, at least we got a nice workout and protected our knees from the steep walk back down to Zermatt. 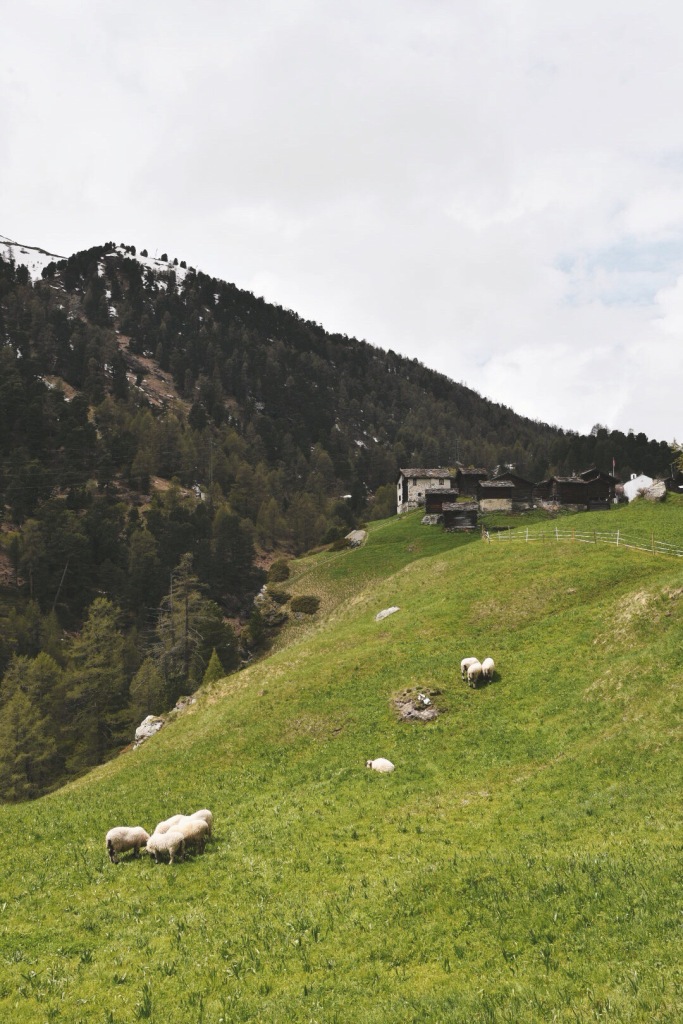 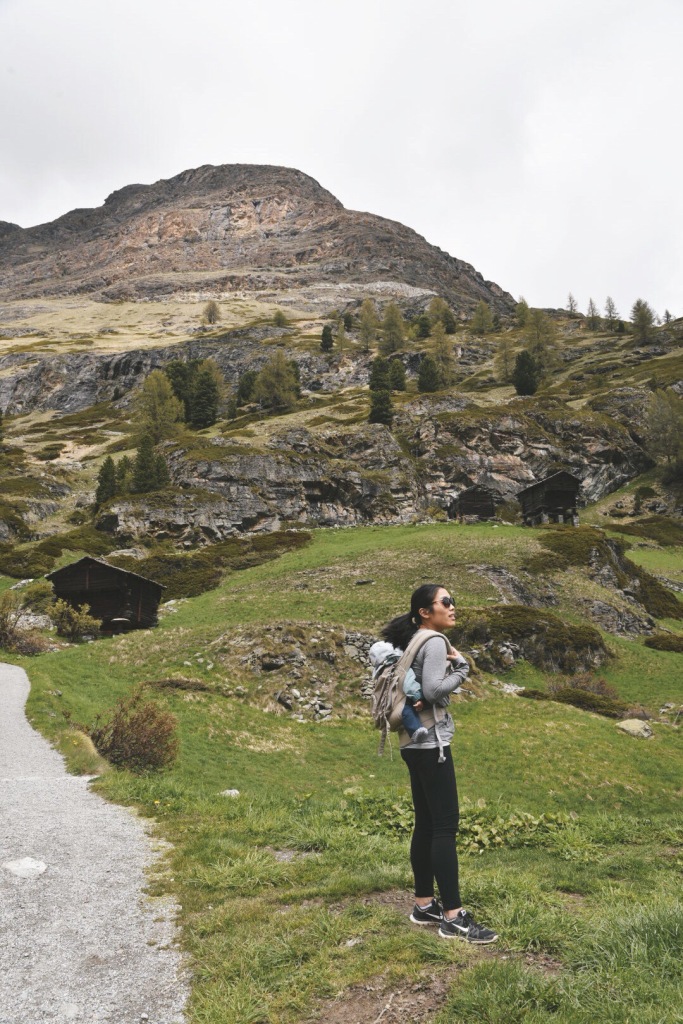 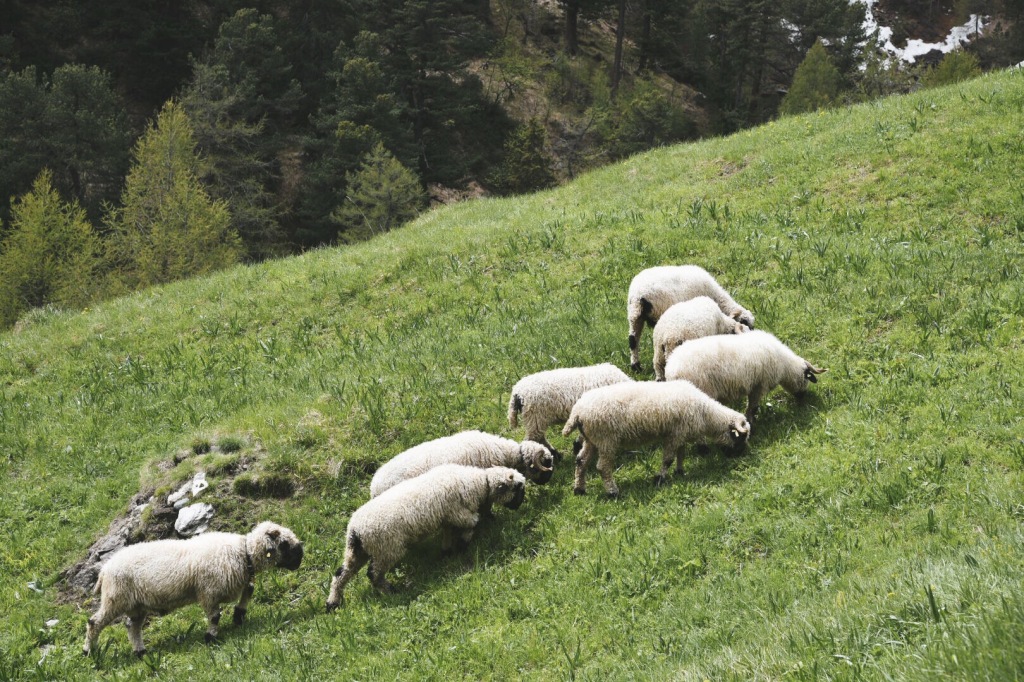 We also loved wandering Zermatt village. We explored the old town with the traditional Swiss farm houses and checked out the little shops (we loved Laderach for the solid chocolate pieces). We also had amazing dinners at Cafe du Pont (the oldest restaurant in Zermatt). It was close by to our apartment, generally baby friendly, and the food was delicious. We went twice: once to try the sausages and the raclette and the second time to try the fondue (we tried the tomatoes cheese fondue and it was excellent).

We had such a wonderful visit to Zermatt and are planning to come back for ski season when we have the chance. Switzerland never ceases to amaze me with its beauty!

Check out our little video of Zermatt here!

One thought on “Zermatt, Switzerland”